Dr. Dhirendra Kumar is a population and public health professional. His background combines with sound academic records, proven leadership and managerial skills in institution building of academic and research organization. A trained demographer, he gained experience and deep knowledge on public health and population sciences through his active engagement in academics and research for more than two decades in a National and Global perspective. He obtained his M.Phil. and Ph.D. in Population Studies with specialization in mortality and public health from the International Institute for Population Sciences, Mumbai, India during 1989-1993 and Master of Science in Statistics from Agra University, UP India in 1987. Dr. Kumar has worked in UNICEF County Office New Delhi as National Professional Officer, M& E in SPME Section during August 2016 – February 2019. He has worked as Director in Institute of Health Management Research, Bangalore from the period July 2012 – July 2014. He has also worked as Professor and Dean, Academic and Student Affairs in, IHMR Jaipur. During his tenure in Jaipur, he worked in various capacities to promote health care management education and research in India. Dr. Kumar has worked as Co-investigator and Country Director IIHMR in Afghanistan in collaboration with Johns Hopkins University Bloomberg School of Public Health (JHBSPH), USA and the Ministry of Public Health, Islamic Republic of Afghanistan to implement the Third Party Evaluation of the Basic Package of Health Services (BPHS) in Afghanistan during April 2007 and March 2009. He incepted his contributions as a Demographer and Economist in National Council for Applied Economic Research, New Delhi (1994-1995) and then as a Lecturer in the department of Preventive Social Medicine, Indira Gandhi Medical College, Shimla (1993 -1994). Dr. Kumar has gained rich experience in leading multidisciplinary team of experts in implementing health and nutrition programmes in Afghanistan as Country Health and Nutrition Programme Manager in Save the Children UK Afghanistan and in India as Project Director of “Integrated Programme Strategy (IPS) Rajasthan, Food Fortification Project” with financial support from GAIN. He is a recipient of award of Government of India Fellowship during 1987 - 1989 and a UGC/CSIR Research Fellowship for Ph.D. in Population Studies during 1989 -1992. He is a life member of the Indian Association for the Study of Population, member of East-West Centre Association, Honolulu, USA and member of the International Union of Scientific Study of Population (IUSSP) and numbers of several national and international research and academic organizations. 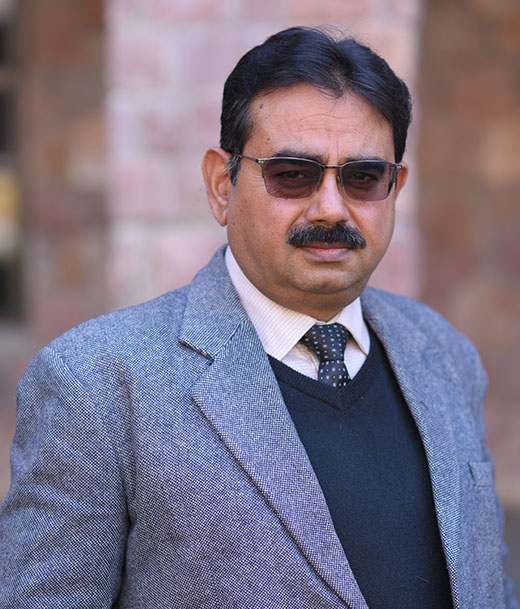